The incumbent bug bounty programs in DeFi are typically seen as ‘passive,’ due to a heavy reliance on external security researchers to hunt for bugs in their own time. While this standard has worked in the past, we believe the most secure bug bounty programs are ‘active’ - where there’s established incentive structures and an active process consistently approaching bounty hunters to continuously identify bugs.

This active management of our bug bounty program will be on full display with our Immunefi and Armor partnership, as Immunefi’s community of developers and security researchers will be constantly combing through all existing and new lines of code Alpha Finance Lab pushes publicly in exchange for generous rewards that we’ve set for various vulnerabilities found.

Now, let's dive into the program specifics of our Immunefi and Armor partnership for all you bounty hunters out there.

Rewards for bounty hunters will be distributed according to the impact of the vulnerability identified based on the Immunefi Vulnerability Severity Classification System. This is a simplified 5-level scale, with separate scales for websites/apps and smart contracts/blockchains - encompassing everything from consequence of exploitation, to privilege required, to likelihood of a successful exploit. As our bounty program will currently only focus on smart contracts/blockchains, the tiered reward payout will be as follows:

Payouts are handled by the Alpha Finance and Armor teams directly and are denominated in USD. However, actual payouts are completed in ALPHA and ARMOR. For critical level smart contract vulnerabilities, payouts of up to $500,000 in ALPHA tokens will take place with an upfront payout of up to $100,000 and a $50,000 monthly vesting thereafter. For payouts above $500,000, the critical bug report will receive the remaining reward in ARMOR with a vesting period of up to 24 months under the Armor Alliance Bug Bounty Challenge provided by ArmorFi, resulting in a total maximum payout of $750,000. All payments for critical vulnerabilities are capped at 10% of economic damage.

*Contract address for Alpha Homora v2 on Ethereum will be shared once relaunched.

While all identified bugs should be reported, we are especially interested in receiving and rewarding vulnerabilities of the following types:

Out of Scope Vulnerabilities and Rules

The following vulnerabilities are excluded from the rewards for this bug bounty program:

The following activities are prohibited for this bug bounty program:

The cataclysmic growth DeFi has undergone in the past 16 months - from $700M in total value locked (TVL) in the beginning of 2020 to over $54B TVL today (and this activity excludes DeFi beyond Ethereum) - means security for DeFi protocols has never been more crucial. As bug bounty programs become an increasingly vital component of security in DeFi, the passive bounty model used back in 2020 may not be as effective in the current DeFi environment - hence our joining hands with Immunefi and Armor to create an active bug bounty program.

At Alpha Finance Lab, security (including active bug bounty programs) is at the cornerstone of our ecosystem; We have thought through and implemented our proprietary security model as previously covered in our blog post. To recap, the security model implemented for all Alpha products includes: 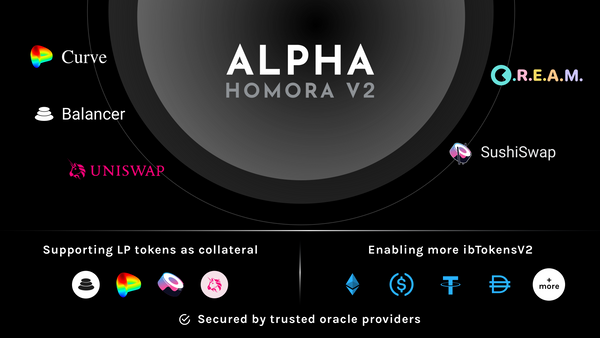 We are ecstatic to announce the long-awaited upcoming relaunch of Alpha Homora V2 [https://homora-v2.alphafinance.io/] on Ethereum! The relaunch will include many innovative features for all lenders and 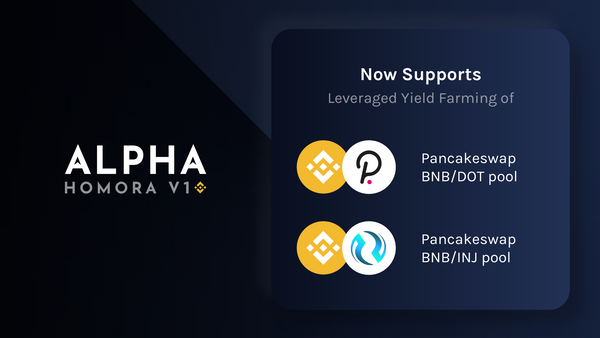