Since summer 2021, DeFi on Ethereum has grown substantially with an enormous influx of end-users and countless numbers of emerging protocols. These new protocols introduce lots of profitable opportunities, such as arbitrages between DEXs and liquidations in lending protocols. The profit available to be extracted is commonly known as MEV. MEV brings both upside and downside to end-users and the blockchain. Hence, we have researched the effects of MEV – both current and future – and introduced potential solutions for MEV.

MEV, or Maximal (formerly Miner*) Extractable Value, refers to the profit that can be drawn out from submitted transactions by miners or validators, who can insert, delete or reorder transactions in a block.

*Note: It is no longer “Miner” due to some chains being PoS-based. Blocks are chosen by selected validators instead of miners. But for simplicity, we’ll use the term “miner” here to refer to the party selecting the block.

An example of MEV extraction is when miners see a profitable transaction in the public mempool waiting to be executed and simply generate a new transaction with the same calldata to instead reap the profits for themselves. Miners are then better off including this new transaction into the block for mining. If successful, the profit will then be transferred to the miners instead of the original submitter.

However, even if miners have such power over transaction orders, in practice, the majority of MEV profits are captured by “searchers” who develop bots with advanced algorithms to automatically detect new, complicated profitable opportunities in the market.

To date, over $600M* of MEV has been extracted by searchers and miners combined.

*Note: The actual MEV number could be much higher, as this data is only limited to opportunities submitted via Flashbots.

As MEV opportunities become more well-known, more searchers start to enter the game. The competition between searchers arises as there can only be one winning transaction that successfully extracts the MEV opportunity. Searchers secure their victory by bidding higher gas prices, incentivizing miners to put their transactions before others'.

Apart from bidding on gas prices, veteran searchers can utilize diverse strategies to reduce competition and increase their chances of successful extractions. Some of the most notable MEV techniques are listed below:

Backrunning is when a transaction is inserted right after a target transaction to capture the created profits. The majority of this MEV class is the arbitrages between DEXs after large volume swaps that may cause large price imbalances across DEXs. A searcher can buy a token for a lower price from one DEX and sell it for a higher price on another DEX, netting some profit.

Example: DEX rebalance, and an immediate buy of a mispriced NFT sale.

Long-tail utilizes unconventional strategies that may only appear from time to time. Automated bots cannot monitor these kinds of opportunities, so there are much fewer competitions for searchers, leading to less profit for them to share with miners. For example, a long-tail strategy may interact with newly launched protocols or may use a series of complex transactions involving multiple protocols.

MEV has both pros and cons for the end-users and/or the market.

Many DeFi protocols, such as pool-based lending protocols, require open positions to always remain “healthy”. In case of price fluctuations, the protocols require external parties (i.e. liquidators) to close down positions that are at risk asap. MEV bots help reduce protocol risks by capturing MEVs before the positions go underwater and incur losses to the protocols.

Arbitrages between DEXs help ensure the stability of token prices. If the prices are different across DEXs, MEV bots can capture profit opportunities by buying cheap and selling high. Constant MEV extractions from bots ensure that users receive the most correct prices on any exchange.

Frontrunning causes users’ rewards from pending transactions to be snatched by searchers. Backrunning exploits users’ mistakes and creates unfairness when protocols or NFTs minting launch. Backrunners will be one of the first to have access to the opportunities. In sandwich attacks, users can get worse rates from swaps. Liquidity providers can receive less amount of trading fees from providing just-in-time liquidity.

In extreme cases where the MEV reward in a mined block is higher than the current block reward, miners may prioritize re-mining the last block and cause re-organization in the blockchain, aka the “time-bandit” attack. Miners may harm the security of the blockchain in exchange for their profits.

The downside of MEV poses a big problem in blockchain not only for user experience but also for consensus destabilization. To tackle the issue, several solutions have been researched and developed. Below are some of the most widely used solutions.

FSS acts as an additional layer that incorporates extra information, such as time of arrival in the mempool and data encryption, into transactions before actually passing them to the mempool. With this feature, FSS can ensure that transactions are executed sequentially according to the arrival time in the mempool. Some chains' sequencer providers FCFS transaction ordering, while some may rely on external parties like Chainlink collaborating with Arbitrum to utilize FSS as a way to mitigate MEV on layer 2 through rollups.

Protocols can countermeasure some MEV extractions internally in their implementation designs. For example, Chainflip AMM efficiently matches buy and sell in batches to avoid MEV extraction on price slippages. Another example is that a protocol can disallow adding and removing liquidity of large amounts in a single block to avoid just-in-time liquidity sandwich attacks.

The Future of MEV

Currently, the two parties – searchers and miners – share the MEV profits. The miner's share started low and grew over time due to more intense competition among searchers as displayed by the graph below of the average MEV shares miners receive from June 2020 to March 2022. Some of these transactions are offering as much as ~95% of MEV profit.

As long as miners are satisfied with the profit share they receive from searchers, they can just idly receive the share portion. However, in theory, these miners can  (and likely will) become searchers themselves, capturing all MEVs because they can control the transaction inclusion. This will be the case if miners want to maximize the profit opportunity available in the market. Consequently, searchers will only be able to extract MEV by using long-tail strategies unmonitored by miners.

Zooming out to the MEV problem itself, the issue will persist as long as there are profitable opportunities in the market. Regular users must be aware of the fact and adapt accordingly. MEV mitigations such as private transactions will likely be a common practice for all users. One example scenario is MetaMask and other wallet providers using Flashbots as the default RPC endpoint.

On the protocol side, new protocols can integrate MEV prevention implementation such as using an exact value as slippage control over percentage. As MEV opportunities become harder to extract, searchers will be looking for more opportunities in other emerging chains where there are fewer competitions.

A Builders’ DAO. We explore and innovate at the fringes of Web3 and drive significant value to Web3 users, and ultimately, alpha returns to the Alpha community. 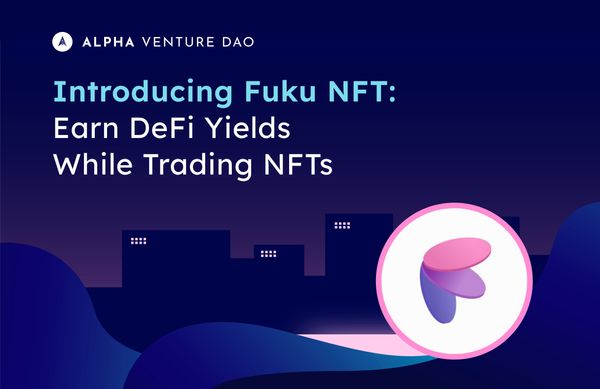 What is Fuku?Fuku is a project incubated by Alpha Venture DAO that allows users to access DeFi yields or engage in virtually any on-chain activity while trading non-fungible tokens 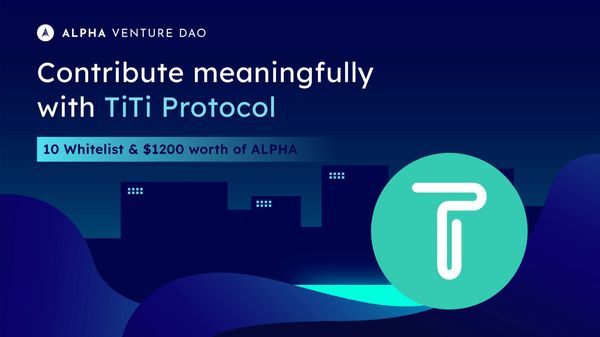 Learn more about the TiTi Protocol?Alpha Venture DAO aims to become the hub of quality mindshare networks for web 3.0. We promote the sense of community and how