We recently received a user report regarding abnormal position value loss in Alpha Homora V2 on Ethereum after the position was opened. Looking at the transaction details, the slippage control values correctly reflected the 1% tolerance, but the LP value still did not conform.

How did this happen and what is the original root cause? It turns out that the Uniswap V2 Router contract has implicit assumptions that are not clearly stated on the contract level. Hence, without stating these assumptions, slippage control for some trades on Uniswap V2 may not be checked and may not be taken into account at all in certain scenarios.

These implicit assumptions on Uniswap V2 resulted in 20 addresses on Alpha Homora V2 being impacted and lost a total of 40.93 ETH to miners who extracted this value. We have plans to compensate these 20 addresses. However, what’s more important is to share this with our community, especially other builders in the space to be aware of these implicit assumptions that are not stated, how you can detect this as a builder, and how to prevent/mitigate this.

While this amount was a result of the implicit assumptions that were not stated on the Uniswap V2 Router contract, Alpha Homora V2 users were impacted and we believe the best course of action is to compensate the users.

In this case, the implicit assumptions not stated on the Uniswap V2 Router contract resulted in miners successfully extracting values from 20 addresses even though Alpha Homora V2 were audited three times by OpenZeppelin, Quantstamp, and PeckShield. To uphold the function of Alpha Tokenomics, which serves as an insurance for Alpha products, and the collective moral value we share in our community, 154,671 ALPHA (0.064% of total ALPHA staked) will be extracted from Alpha Tokenomics and be distributed to the relevant users as outlined in this same link here.

As a part of Alpha Tokenomics, ALPHA stakers stake to earn 1) Alpha protocol fees 2) Alpha Launchpad tokens and 3) Alpha Tiers to unlock special product features. In exchange, ALPHA stakers and the staked funds act to secure Alpha products in case when insurance is needed, which applies to this situation at hand.

For builders - How to detect and mitigate

For fellow builders out there, let us share more details on these unstated assumptions on the Uniswap V2 Router contract that allows MEV bots to take an unfair advantage as well as the mitigations you can do if you are in a similar situation.

First, we noticed that etherscan had marked the block with Flashbots and Private Transaction tags.

With further investigation into the transactions in that particular block, it turns out that the execute transaction the user submitted on Alpha Homora V2 was bundled and sandwiched by an MEV bot.

So, we performed local testing and revisited our code, and we were able to replicate the inconsistency and identify the issue that caused such a possible sandwich attack vulnerability.

NOTE 1: The fix has been patched. Only a few users were affected. Funds are safe.

NOTE 2: The vulnerability was present since the original version of Alpha Homora V2, which has undergone 3 different audits from OpenZeppelin, Peckshield, and Quantstamp. The issue has remained unnoticed until recently, which we had already fixed.

There is an implicit condition required:

Otherwise, the amountXMins may not trigger reverts and are simply ignored. You can see in the code above that there are asymmetric checks for the amounts.

So, how does this affect Alpha Homora V2 transactions?

During execution, Alpha Homora v2 optimally swaps the input tokens before supplying to the Uniswap pool.

Note 2: From our investigation, the MEV bots are generalized sandwich attack bots, which are not specific to Alpha Homora V2.

After we have confirmed and tested the fix, our team proceeded quickly to patch the issue. Extra checks were performed to ensure the pre-conditions are satisfied and such scenarios can no longer happen. The fix has also been confirmed by OpenZeppelin and Peckshield.

In fact, here are other possible mitigations, e.g. 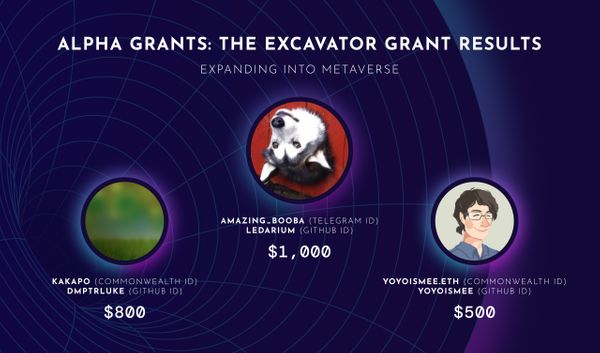 Back in September, we had an overwhelming response to the launch of Provably Rare Gems (GEMs), and thus giving out The Excavator Grant and The Stonemason Grant for Alpha Wolves 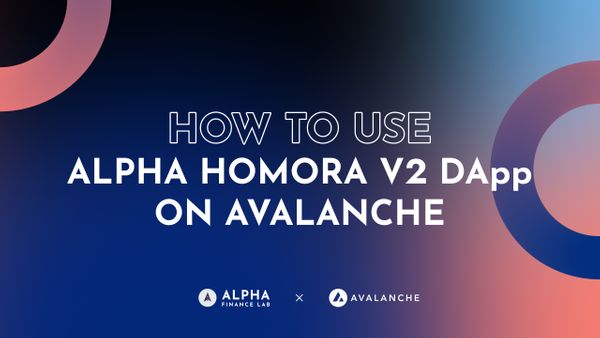 We would like to welcome you to Alpha Homora V2 on Avalanche, the platform that not only redefines what yield farming can be but what it can become. Alpha Homora