As Beta Finance, the first Alpha Launchpad project, is coming close to the launch, we are gearing up for distributing BETA tokens to ALPHA stakers!

Beta Finance is the first Alpha Launchpad project. In fact, we have onboarded 3 more very high quality projects already! These projects will later be launched on Alpha Launchpad, distributing a portion of their token supply to ALPHA stakers.

So, today we are going to announce a number of exciting things for the Alpha Wolves community.

Alpha Launchpad projects are allocating a portion of their project token to ALPHA stakers. This is a result of the real-value add that Alpha Launchpad team and the core Alpha team provide to the incubated projects.

As we incubate more projects and launch on Alpha Launchpad, these Alpha Launchpad tokens will stack up and multiple value accrual for ALPHA stakers, starting from Beta Finance (BETA tokens).

To gear up for the upcoming Beta Finance launch as well as other Alpha Launchpad projects in the pipeline, we will adjust the unstaking period for ALPHA stakers from 7 days to 30 days on Aug 18th, 2pm UTC. Additionally, the withdrawal period (period in which users can claim unstaked amount) will be extended from 24 hours to 72 hours.

What’s the rationale for adjusting the unstaking period?

It is key for ALPHA stakers to understand that receiving Alpha Launchpad tokens is what makes Alpha Tokenomics truly unique.

Alpha Launchpad team and the core Alpha team have ensured that the projects we incubate bring real and long-term value to DeFi. We’ve made sure to provide the support and advice these projects need and cannot get from anywhere else. Finally, we make sure that ALPHA stakers can capture value from Alpha Launchpad’s incubated projects by distributing a portion of their tokens to ALPHA stakers.

You may find yourself comparing ALPHA’s unstaking period to that of the other projects. However, it is in fact incomparable given how Alpha Tokenomics is truly unique and given that it is the only place that allows you to receive tokens of successful projects very early on.

As a result, the 30-day unstaking period allows us to bring this massive value to ALPHA stakers who are long-term investors and holders of ALPHA.

What does this adjustment mean for the Alpha Wolves community?

Users who are staking ALPHA

Users who have not staked ALPHA

Unstaking period for ALPHA stsakers will be adjusted from 7 days to 30 days on Aug 18th, 2pm UTC.

Additionally, the withdrawal period (period in which users can claim unstaked amount) will be extended from 24 hours to 72 hours.

Overview of how BETA tokens will be distributed to ALPHA stakers

Aug 18th, 2pm UTC is not when BETA token goes live, but when BETA “lock-up period” starts. How does that work?

Note that stakers don’t need to stake for the full 6 months to get BETA tokens. By staking ALPHA, you will get BETA and upcoming Alpha Launchpad tokens that launch during the time you stake.

We will share in-depth details on how BETA distribution to ALPHA stakers work tomorrow, stay tuned!

August 18th, 2pm UTC is a big moment for the Alpha Wolves community, as anyone who stakes ALPHA from that moment onwards will get BETA tokens! Beta Finance (BETA) is 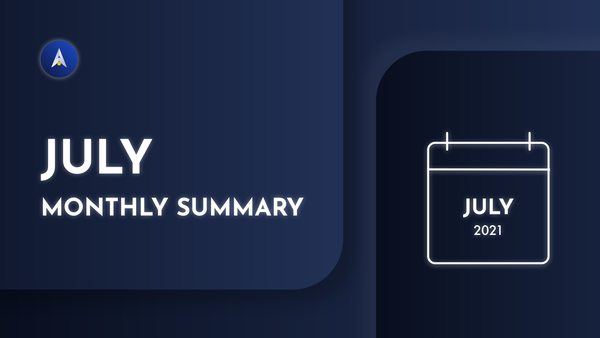 Hey Alpha Wolf community, it is time for our monthly recap of all things Alpha! There have been so many events the past month in July, so here is the