This announcement will clarify and explain how the additional debt between Alpha Homora V2 and C.R.E.A.M. V2 will be resolved from the recent exploit.

While we continue to trace the funds to the exploiter, the Alpha and C.R.E.A.M. teams have been working very closely to arrive at the most optimal solution for all stakeholders.

The following breaks down the funds that Alpha Homora V2 owes to the C.R.E.A.M. V2 Iron Bank:

Alpha Homora V2 will then commit to repay the remaining funds in discussion by using 20% of Alpha Homora V1 and V2 reserves (a portion of the borrowing interest on Alpha Homora V1 and V2 goes to the reserves pools) to payoff the funds on a monthly basis to the Iron Bank until the additional debt has been fully paid. The percentages of the reserves to pay off the debt may vary (higher or lower than 20%), and both the Alpha and C.R.E.A.M. teams will agree to any new rates before they are put in place.

To ensure that C.R.E.A.M. V2 remains fully collateralized (assets > debt), Alpha Finance Lab will commit to maintaining a 2x collateral ratio to the unpaid portion of the exploited funds by locking 50M ALPHA tokens in a time locked escrow contract that will be owned by C.R.E.A.M.’s multisig.

These escrowed ALPHA tokens will be released back to Alpha Finance Lab periodically and proportionally as the funds in discussion are repaid to the Iron Bank.

Should the funds in escrow fall under 1.66x the unpaid portion of the exploited funds, Alpha Finance Lab will deposit more ALPHA into the escrow contract to achieve 2x collateral ratio within 3 days of C.R.E.A.M.’s request. If the request is not met, C.R.E.A.M. reserves the right to liquidate a portion of the escrowed ALPHA to paydown the remaining debt until a 2x collateral ratio is achieved again.

In addition, should Alpha Finance Lab fail to provide payments within 30 days of the agreed payment dates, C.R.E.A.M. also reserves the right to liquidate escrowed ALPHA to paydown the unpaid portion of the debt.

Building on the cutting edge of DeFi is challenging. We are lucky to have the fantastic backing of the strongest builders, investors, and community leaders rallying to help us as we evolve. Working through this challenge has brought the two teams closer together and our partnership emerges stronger than ever. Now that we have overcome one of the most challenging times for a DeFi project, we are more than excited for what is to come for both Alpha and C.R.E.A.M. projects.

On behalf of both C.R.E.A.M. and Alpha teams, we thank you for your unwavering support as we continue building. 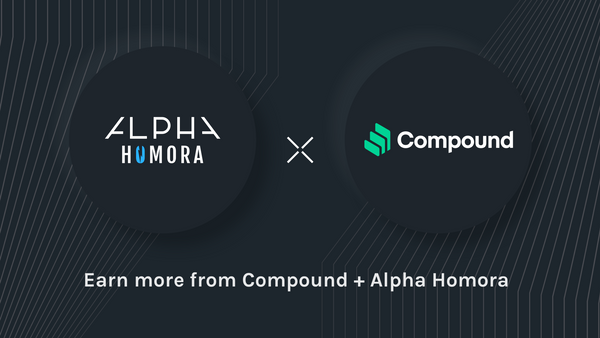 Alpha Finance Lab would like to welcome Compound users to Alpha Homora with the “Earn on Compound + ETH” feature. This feature is an integration between Compound and Alpha Homora, allowing 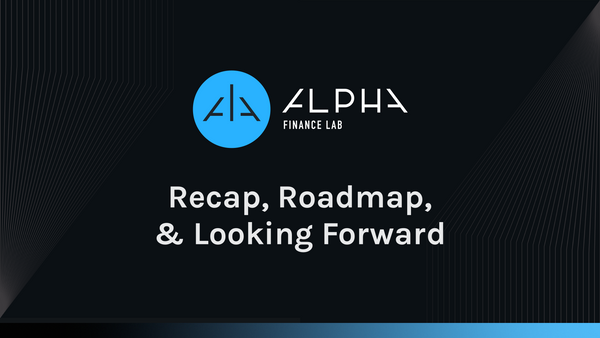 Since Alpha Homora V2 exploit, we have been on full alert working on various moving pieces. Before we go into the recap, roadmap, and looking forward parts, we’d like