To decentralize our universe even more, Alpha Finance Lab published the first snapshot proposal to the Alpha Wolves community. The proposal includes whether “sALPHA should be distributed as liquidity mining rewards instead of ALPHA on Alpha Homora V1 & V2 on Ethereum”. The poll’s results have come in, so let’s take a closer look at what it means for our next steps.

The voting ended with more than 99.5% in favor of this proposal. This translates to around 62M sALPHA voting power. Hence, the next step is to implement this change by distributing sALPHA as liquidity mining rewards instead of ALPHA for Alpha Homora V1 & V2 on Ethereum users. So by receiving sALPHA, this will represents users’ share of staked ALPHA on Alpha Tokenomics.

By implementing sALPHA as liquidity mining rewards, this means the rewards are accruing MORE staking rewards, multiplying the overall yields for end-users. Staking rewards include

So Am I affected?

As you may know, Alpha Homora V2 is launching on Avalanche shortly, our fundamental goal is to integrate into the whole Avalanche ecosystem as much as possible. Therefore, users will be receiving the chain’s native token, AVAX, and other popular tokens like JOE as liquidity mining rewards. By having this goal, we chose not to distribute ALPHA or sALPHA on this chain...yet 🤫

Alpha Finance Lab products and its systems are important for the project to move forward with the blockchain industry. But what is more important is the Alpha Wolves community that governs the destiny of the protocol. So thank you to all who have voted on this proposal. Every vote counts as it becomes the building blocks for decentralizing Alpha Finance Lab and allowing the 🐺 Alpha Wolves community to shoot for the moon together! 🚀 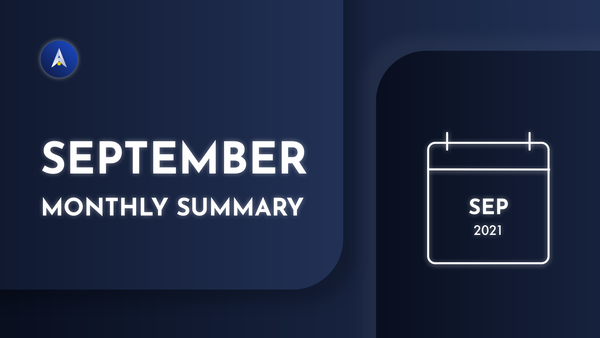 Hello Alpha Wolves community! We hope that September was an awesome month for you. So many things have happened in the Alpha Universe, from launching a new type of content 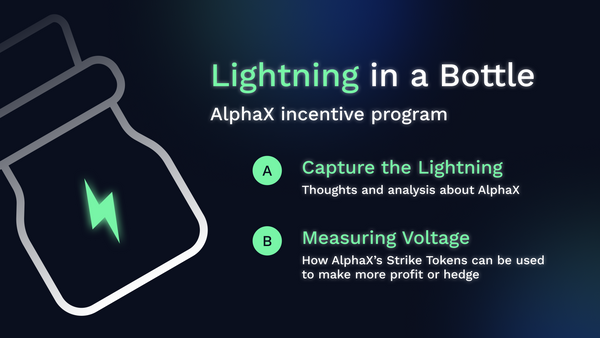 Lightning in a Bottle AlphaX was launched yesterday on a testnet with a brand new approach to derivatives trading called the Strike Tokens. Today, we’re introducing AlphaX Incentive Program: