As many are aware, the crypto world comes with high price volatility. Stakers face issues with the illiquidity of staked assets and the long unbonding period that cause them to unavoidably bear this price deviation. Alpha Launchpad realized these unaddressed demands and found pSTAKE to be the perfect solution to this.

pSTAKE Finance is a liquid staking protocol on Cosmos ecosystems. It allows PoS tokens to reach their full potential by unlocking liquidity of staked assets for users to gain additional yields from other DeFi projects while earning staking rewards. PoS token holders can deposit their tokens on pSTAKE to mint 1:1 pegged ERC-20 wrapped unstaked tokens (pTOKENs). The process of withdrawing the underlying PoS token is instant for pTOKENs holders. Subsequently, users can choose to stake their underlying native assets on Cosmos Hub to mint 1:1 pegged ERC-20 staked tokens (stkTOKENs) and pTOKENs will be burned. The stake rewards will be accrued in the form of pTOKENs which will not be automatically compounded, allowing users to freely use them in DeFi protocols. pSTAKE creates tokens that will initially be supported by the Ethereum DeFi ecosystem, such as the SushiSwap, but will eventually evolve into a multi-chain protocol that will allow stakers to maximize their yield across multiple networks.

Learn more on how to use pSTAKE here.

So, What Problem Does It Solve?

With pSTAKE, users can generate additional yield via DeFi protocols while securing the underlying network. In the initial stage, the stkTOKENs can be used within the Ethereum ecosystem. Examples are as follows:

Furthermore, the unstaking process on most PoS networks takes a considerable amount of time (ranging from 7 to 30 days), resulting in a poor user experience. When unstaked, the stkTOKENs are burned, pTOKENs will be minted and locked up until the unbonding period established by the native network is completed before users can receive pTOKENs. pSTAKE tackles this issue by introducing a Redemption Pool that allows instant redemption of pTOKENs by charging a fee from stkTOKEN holders to exit their staking positions. The Redemption Pool is a single token liquidity pool where holders of pTOKEN can supply to earn trading fees generated by the pool. Consequently, creating a new unbonding token swap market that mitigates the risk of impermanent loss and peg breakage between the underlying PoS asset and the pToken.

Unlike other liquid staking protocols, pSTAKE uses the dual token model that (pTOKEN and stkTOKEN) splits staking rewards from the initial deposit. This gives users more flexibility and composability when using tokens in the DeFi ecosystem. The model has no forced auto-compounding, allowing users to freely move around the stake rewards in the form of pTOKENs. For instance, some Lending/Borrowing DeFi protocols may have different loan-to-value (LTV) ratios for wrapped unstaked tokens and wrapped staked tokens. Hence, users can utilize both tokens according to their preference. Whereas the single token model in many liquid staking protocols can be complicated when utilizing the liquid staked representative token in DeFi protocols. It combines the accrue staking rewards and the principal deposit within the same token therefore the token balance changes as the staking rewards is accrue. As a result, the token cannot be used in the DeFi protocol that requires a constant token balance.

The pTAKE protocol is driven by the pBridge technology. It provides fast and seamless transactions, including the issuance and withdrawal of representative tokens, between multiple blockchains such as Ethereum, Cosmos, etc. When users make a deposit on the pSTAKE app, the bridge will automatically mint the corresponding pTOKENs and send them to the user’s designated Ethereum address. A similar process happens with the withdrawal of the tokens. On top of that, the bridge is also capable of interchain transactions involving PoS staking and unstaking, which distinguishes it from previous bridges.

The pBridge mechanism is highly decentralized since it is backed by multiple bridge validators. Transactions will only happen if the number of validators that agree reaches the threshold number. With a safe threshold value, the bridge can operate even if several nodes face downtime, leading to high availability of validators, thus providing a near-absolute uptime. Moreover, the system is secured by the most reputable PoS validators in the industry, giving it high credibility. In order to incentivize these validators to efficiently operate the bridge, pSTAKE only delegates users' transaction requests to their ecosystem validators so they can earn a considerably greater staking commission in addition to the share of fees produced by pSTAKE.

To retain staking rewards on their underlying staked assets, pSTAKE adopts the unique stake LP token mechanism. LP tokens obtained from providing liquidity in the whitelisted pool can be staked on the pSTAKE platform so users can earn additional yields from DeFi protocols on top of the staking rewards. Consequently, stakers of LP tokens will earn trading fees, staking rewards, and liquidity mining rewards.

Alpha Launchpad meticulously examines and incubates projects that have strong potential to elevate the blockchain ecosystem and bring value to our ALPHA stakers. We carefully consider product-market fit in every evaluation process and believe pSTAKE to be one of the top protocols to advance the DeFi industry. With its Redemption Pool that supports immediate exit from the staking position and dual token model that makes staked assets achieve their maximum efficiency in DeFi protocols. We’re excited to explore the PoS community and introduce new ways of staking through pSTAKE. Alpha will continue to act as a bridge for ALPHA stakers to get access to and own such valuable projects like pSTAKE through Alpha Tokenomics. Stake ALPHA today to hop on the ride with us and enjoy the benefits of high quality projects that will strengthen the Alpha ecosystem. 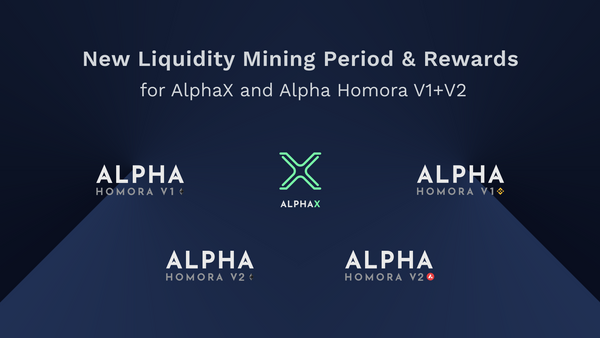 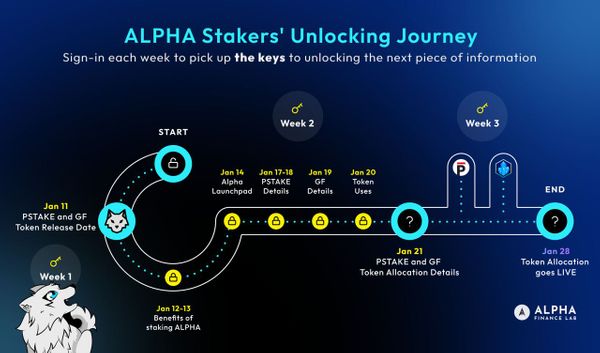 Have you got your hands on ALPHA yet? If not, today is the day because ALPHA holders can now stake ALPHA on Alpha Tokenomics to get access to high quality